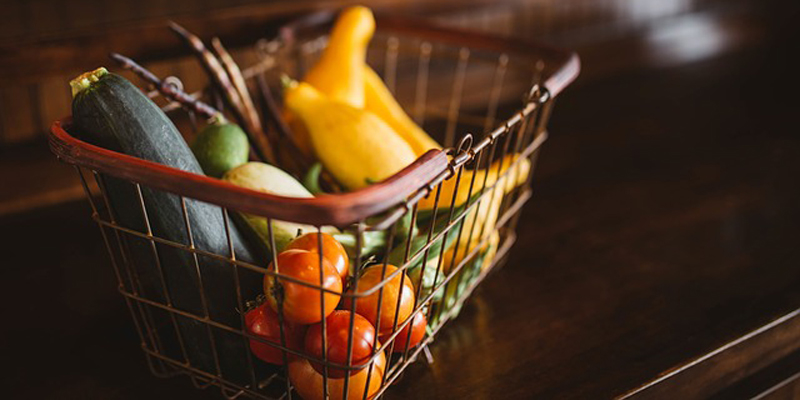 Benefits of adding more vegetarian foods to your diet

World-renowned figures as diverse as philosophers Plato and Nietzsche, political leaders Benjamin Franklin, Gandhi, Bill Clinton and pop icons Paul McCartney and Bob Marley have all advocated the benefits of a vegetarian diet. Science is also on the side of vegetarianism as multitudes of studies have demonstrated the remarkable health benefits of a vegetarian* diet.  Scientific research shows that health benefits increase as the amount of food from animal sources in the diet decreases and plant foods increase. Some of the benefits include:

Vegetarian diets—naturally low in saturated fat, high in fiber, and replete with cancer-protective phytochemicals—help to prevent cancer. Large studies in England and Germany have shown that vegetarians are about 40 percent less likely to develop cancer compared to meat-eaters. In the United States, studies of Seventh-Day Adventists have shown significant reductions in cancer risk among those who avoided meat. Similarly, breast cancer rates are dramatically lower in nations, such as China, that follow plant-based diets.

Harvard studies that included tens of thousands of women and men have shown that regular meat consumption increases colon cancer risk by roughly 300 percent. High-fat diets also encourage the body’s production of estrogens, in particular, estradiol. Increased levels of this sex hormone have been linked to breast cancer. A recent report noted that the rate of breast cancer among premenopausal women who ate the most animal (but not vegetable) fat was one-third higher than that of women who ate the least animal fat. One study linked dairy products to an increased risk of ovarian cancer. Daily meat consumption triples the risk of prostate enlargement.

Vegetarian diets also help prevent heart disease. Animal products are the main source of saturated fat and the only source of cholesterol in the diet. Vegetarians avoid these risky products. Additionally, fiber helps reduce cholesterol levels and animal products contain no fiber. When individuals switch to a high-fiber, low-fat diet their serum cholesterol levels often drop dramatically. Studies have demonstrated that a low-fat, high-fiber, vegetarian or vegan diet combined with stress reduction techniques, smoking cessation, and exercise, or combined with prudent drug intervention, could actually reverse atherosclerosis—hardening of the arteries.

Non-insulin-dependent (adult-onset) diabetes can be better controlled and sometimes even eliminated through a low-fat, vegetarian diet along with regular exercise. Such a diet, low in fat and high in fiber and complex carbohydrates, allows insulin to work more effectively. The diabetic person can more easily regulate glucose levels. While a vegetarian diet cannot eliminate the need for insulin in people with type 1 (insulin-dependent) diabetes, it can often reduce the amounts of insulin used. Some scientists believe that insulin-dependent diabetes may be caused by an auto-immune reaction to dairy proteins.

Vegetarian diets have been shown to reduce one’s chances of forming kidney stones and gallstones. Diets that are high in protein, especially animal protein, tend to cause the body to excrete more calcium, oxalate, and uric acid. These three substances are the main components of urinary tract stones. British researchers have advised that persons with a tendency to form kidney stones should follow a vegetarian diet. The American Academy of Family Physicians notes that high animal protein intake is largely responsible for the high prevalence of kidney stones in the United States and other developed countries and recommends protein restriction for the prevention of recurrent kidney stones.

Similarly, high-cholesterol, high-fat diets—the typical meat-based diet—are implicated in the formation of gallstones. The consumption of meaty diets, compared to vegetarian diets, has been shown to nearly double the risk of gallstones in women.

For many of the same reasons, vegetarians are at a lower risk for osteoporosis. Since animal products force calcium out of the body, eating meat can promote bone loss. In nations with mainly vegetable diets (and without dairy product consumption), osteoporosis is less common than in the U.S.,even when calcium intake is also less than in the U.S. Calcium is important, but there is no need to get calcium from dairy products.

A 1985 Swedish study demonstrated that individuals with asthma practicing a vegan diet for a full year have a marked decrease in the need for medications and in the frequency and severity of asthma attacks. Twenty-two of the 24 subjects reported improvement by the end of the year.

*“Vegetarian” is defined as avoiding all animal flesh, including fish and poultry. Vegetarians who avoid flesh, but do eat animal products such as cheese, milk, and eggs, are ovo-lacto-vegetarians (ovo = egg; lacto = milk, cheese, etc.). The ranks of those who abstain from all animal products are rapidly growing; these people are referred to as pure vegetarians or vegans.

Sign up for my motivations tips to help you get more active, or if you have any questions on this blog or other health topics please join us on Facebook.

We use cookies to ensure that we give you the best experience on our website. If you continue to use this site we will assume that you are happy with it.Yes!NoPrivacy policy